Mayor of Prague, Zdeněk Hřib pushes some proposals limiting rentals to single rooms in accommodation where the owner also resides comes after the mayor criticized Airbnb for pricing Prague residents out of the local housing market. Prague’s City Council already approved a proposal to join other European cities to discuss short-term accommodation services for tourists. In a joint letter, 10 major European cities are calling on the EU to improve the legislative frameworks for temporary accommodation.

“Increasing urbanization, together with an increase in tourism and persistent housing shortages, are the main problems our cities face. One of the related facts is that today it is highly beneficial for property owners to set aside their properties from the long-term accommodation segment and use them for short-term rentals. These short-term rentals are primarily for tourists at the expense of both locals and expat families who want to live and work in our cities,” the mayor says. Statements similiar to this has already been signed by the City Halls of Amsterdam, Barcelona, ​​Berlin, Bordeaux, Brussels, Krakow, Munich, Paris, Valencia and Vienna in recent years.

“Our cities attract students, teachers, healthcare workers, businessmen and all other citizens who want to find their home in them. It is our responsibility to accommodate them as much as possible, however, most of our cities and especially Prague and its vicinity faces chronic housing shortage,” the statement continues.

When did it start in Prague?

Prague is facing huge problems with affordable housing. The City Council's website says that in the past years, traditional accommodation has been significantly replaced by others through online platforms offering short-term rental, not to mention that over the past 15 years, Prague’s population has increased by more than 12%, almost 150000 people respectively.

How to regulate a whole industry to keep the shared economy?

Prague also has an above-average ratio of entire properties not shared with the host, meaning the host does not live there, as well as an above-average number of hosts offering two or more properties. In the case of Prague, there is a significant deviation from the principle of shared short-term accommodation, which is evident, for example, in Germany.

The cities that have signed the letter that Prague also wants to join see the main problem as outdated European-level e-commerce legislation created before the rapid development of online platforms offering shared accommodation over the Internet. According to the cities, there has been an increase in overnight stays in European cities by more than 50 percent over the last 10 years and the cities have only seen its disadvantages so far as the ineffective monitoring of taxes and charges or security risks associated with the movement of large numbers of strangers in homes.

Will an EU agreement help to regulate short-term rentals?

Prague, like the cities that joined the statement, sees the biggest of the problems in the fact that platforms are not obliged to share rental data with tax and fee administrators, and in the difficult enforcement of platform liability legislation in countries where they do not have headquarters. Adjustment on EU level in the area of short-term rental via online platforms would create a uniformized framework from which national and / or regional regulations governing this activity could derive.

Prague has attempted in the past to regulate Airbnb in the past by trying to crack down on hosts not paying the required fees and taxes. The city has also been removing key boxes chained to public property.

Other sources:
The Guardian
The Observer
Shorttermrentalz.cz

Take a look on At Home's real estates! 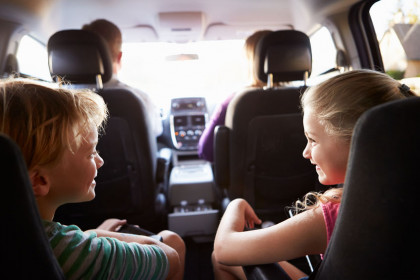 Closer to school? Where is the ideal place to move with the family?

It matters how far the family has to travel so that the children can attend an excellent institution.
Take a look on At Home's real estates!

Couldn't find what you were looking for?